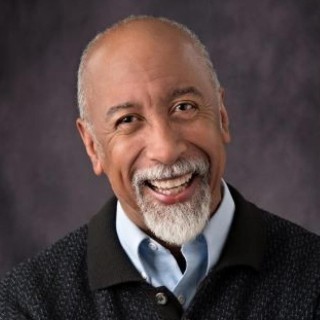 Of Posting, Profaning, and Impolite Politicking Me Off

Sunday, my wife and I attended a morning Service of Worship at Bellevue Baptist Church,  our sister church in Converge MidAmerica​, and the home church of our partner and musical director Garlan Garner​. In the 25 years of our association with Bellevue, as often as we’ve presented together through Kingdom Impact Theater Ministries​ or Elk Grove Baptist Church​, we had never been able to go to a Sunday morning service.  Add this to our list of #holyspiritmoments.

Bellevue, on Chicago’s South Side, is what we call an “old school” church.  It’s often found in an urban setting or the center of a long-ago established smaller community in a building that was built to be a church decades ago (as opposed to being a converted office building, mall, movie theater or multi-site complex).  Its founding residents were likely another ethnicity than those currently attending, and perhaps that change in demographic was problematic, so much so that it may have hastened the change though few of the current attendees recall.

Such was the case with Bellevue, whose congregation was predominately Caucasian when Lucious Fullwood, a pioneer in encouraging racial unity through the Gospel of Christ, became the senior pastor almost 40 years ago. “Black” was still being accepted as the preferred reference to Americans of African descent.  That there are few Anglos in the neighborhood or congregation Pastor Fullwood still shepherds at Bellevue now is moot, for his messages of maintaining faith in Christ in the face of daily human struggles transcend any particular DNA.

Besides,  while the people may have changed certain elements of Sunday worship passed on tradition. In the context of modern church-ulture, “old school” likely means the church has not totally abandoned occasionally reading from The King James Version; announcement time may include conversations from the platform and the pews; guests  may be welcomed by name, invited to stand, and an opportunity to give a greeting during the service; and may have a small, non-flashy, yet boisterous choir whose singers may include those not-yet qualified for AARP.

Garlan led the musical worship as he does three Sundays a month.  In something of a concession to contemporary settings, Garlan plays keyboards that can replicate other instruments.  He is frequently backed-up by what my wife — the gospel jazz singer — calls the rhythm section: drums and electric bass.  They also have an alto sax.  Another modern adaption is having words on the screen versus singing from the hymnal.  Although  there is a printed order of service for the congregation to follow, the printed order is a template.

In old-school church, there is no countdown clock to follow.  No kickoff to hasten home to watch.  DVRs were made for old-school churches (microwaves, too). The first time a preacher says, “As I close” is the 15-minute warning.  the choir, the people and the technicians have to be ready to change. It’s called letting The Spirit work.

Among Garlan’s great gifts is musical improvisation — accompanying in the moment. Without being told, asked, paid or noticed he senses when the atmosphere of a prelude, prayer or offertory  would be more worshipful with keyboard underscoring. He conducts the choir confident that they have done their homework, reviewing their charts, lyrics and mp3s.  Sundays are not for rehearsal, he tells them during their Monday practices,; Sundays are for worship.

He embodies the old old-school form of leading worship, call-and-response, where the person guiding the singing sings or says the upcoming line and the others follow along. An echo. The structure is not dissimilar from Old Testament psalms (e.g., Psalm 136) yet emerged as a distinct element of Christ-centered worship among African-Americans — out of necessity during slavery and as tradition after Emancipation.  At the core of call-and-and response is that there’s no sheet music to follow.   It’s about trusting the leader, listening, knowing the songs by heart, and hopefully singing them from there. Those in the congregation who don’t know the lyrics are not left out.  When the musicians yield to the spirit, the people’s hearts and minds will follow.

All of that history is to help you understand the impact of what happened when Garlan called for a song that wasn’t planned.

The hands of an arranger:  Hear the score, score the script, play the music, make it your own.

Here We Are to Worship

It started as a “Is-there-a-doctor-in-the-house?” moment.   Garlan moved toward the keyboard, then walked to the edge of platform and shouted for the ushers to see if a choir member was in the lobby.   This was her Sunday off, or she perhaps attended the first service of the morning hours before. Nevertheless, she was not expected in the building, yet Garlan thought he saw her from the stage, and in doing-so a new song came on his heart for the pre-sermon selection; a song he felt was particularly suited to her interpretation.  When the singer could not be found, the song remained appropriate, so Garlan went to the keyboards and began singing “Here I Am to Worship.” The choir and congregation responded. While moving in its own right, the power of these moments became more inspired when we finished singing and recognized what had transpired.

Three weeks ago, on a Saturday when we were preparing to serve as KIT Ministries in Sunday worship in Libertyville, IL, Garlan texted Vikki he had lost his hearing during the week.  A medical procedure to alleviate pressure in his ear canal was not only painful, it did not totally take and left him with minimal hearing.  Not good: not for the service plan; not for Vik, whose musical growth has corresponded with Garlan’s interpreting her thoughts; least of all not good for a pianist who — pardon, yet it’s true — plays by ear (as in, Garlan doesn’t read music. For newer songs, Garlan’ collaborated with his wife, Tracey, also an accompanist at Bellevue.  Tracey does read music, so she plays and records the tunes which Garlan listens to a few times, replicates and then adapts. )

Despite prayers for relief, we did not expect him in Libertyville Sunday, and when we arrived at the location before he did (extremely rare) were certain we’d need to improvise and make adjustments with the host lead worshipper.  Silly us.  (translated, “Oh, ye of little faith!) Garlan not only had confirmed his attendance the night before with our host…he not only drove over an hour from his south suburban home to the northern suburban near- the-state-line site and played our set, but only AFTER the service did any of the other musicians know he could barely hear them.

Standing arm’s-length away he explained, in his normal voice, “You sound like you’re in a barrel and feel like I’m shouting.” When he laughed, it felt safe to make a Beethoven reference — something about “Ode to Joy.” He chuckled then headed home, reassuring us he was all right to drive…despite his balance not seeming right.  We waited for news of his followup visits.

Last week, he had another excruciating ear procedure done.  So painful he had to take off work (Garlan does NOT miss appointments), and listening to him tell what occurred creates weak knees and watery eyes.  In the weeks since the initial problem occurred, Garlan and the Bellevue Prayer Ministry (the whole church), went into overdrive.

A Word from the Pulpit

On this particular day — Communion Sunday — as he finished “Here I Am to Worship”by seguing into “Thank You, Lord” in such a way you thought it was planned, as the singers left the choir box to return to their congregational seats, Garlan intercepted Pastor Fullwood just before the pastor announced, “It’s Preaching Time!” He felt compelled to share a brief medical update with the congregation whose last news was that Garlan was unable to hear what he’d been playing that morning’s music.

“I just want to say,” he said hurriedly, apologetically but necessarily to Pastor Fullwood, “prayer works!  I just wanted to thank you for praying.”

“The doctors say I’ve got 80 percent of my hearing back.”

“I don’t know what God’s going to do about the other 20 percent, but I’ll still be serving, so I just wanted to thank you.”

With Garlan’s testimony still ringing in our ears, Pastor Fullwood resumed with his regularly scheduled “Preaching Time!” message, “Having Faith In God.” He read from the selected  New Testament passages of Jesus healing the leper and Roman centurion’s daughter. (Matthew 8:1-10, 13).  Healing, by faith.  Garlan took his seat in a pew. And the band prayed on.

This essay is one of a series called, “Benediction,” a collection of reflections on sermons, keynotes and workshop presentations heard, and church experiences we have had.

"These are the times that try men's souls." -- Thomas Paine

Musings on the world, family, and stuff that strikes me in my right mind.

The Art of Blogging

Im ashamed to die until i have won some victory for humanity.

Domenic Garisto / LIFE IS NOT A REHERSAL,SO LIVE IT..if you can't be the poet, be the poem..havau22.com

To those who don't feel qualified to do God's work... You are!